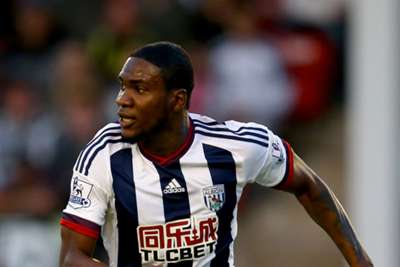 Former club-record signing Brown Ideye has left West Brom for Olympiacos after being
shunted down the pecking order by Salomon Rondon and Rickie Lambert.

An estimated £10million was spent on the Nigeria striker just over a year ago when he
moved to The Hawthorns from Dynamo Kiev, but he failed to fire in the Premier League,
managing just four goals in 24 top- flight games.

His record fee was eclipsed when Rondon joined Tony Pulis’ side from Zenit, and the
Albion head coach confirmed earlier in the window that Ideye would be allowed to depart.

One striker who looks increasingly likely to remain at Albion is Saido Berahino, with West Brom rejecting two bids from Tottenham for the England Under-21 international, who has also seen a transfer request turned down.