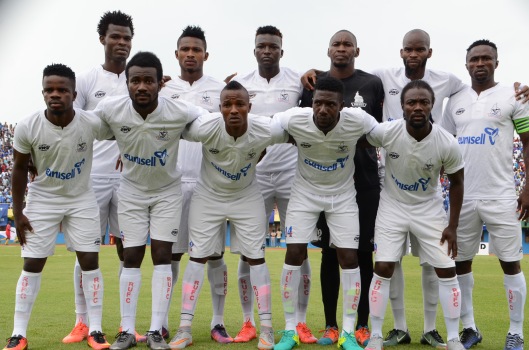 Rivers United FC is largely unheralded in African football but with Enugu Rangers, Wikki Tourists and FC Ifeanyiubah all failing to make progress beyond the early stages of the Caf Champions League and Confederation Cup this year, all eyes, in Nigeria will now literally be on the ‘Pride of Rivers’ to salvage some pride for the most populous black nation in the world.

Rivers United FC is largely unheralded in African football but with Enugu Rangers, Wikki Tourists and FC Ifeanyiubah all failing to make progress beyond the early stages of the Caf Champions League and Confederation Cup this year, all eyes, in Nigeria will now literally be on the ‘Pride of Rivers’ to salvage some pride for the most populous black nation in the world.

The Port Harcourt club originally claimed a ticket to represent Nigeria in the Caf Champions League and went about their business in brisk fashion, dispatching Malian side, AS Real Bamako 4-0 on aggregate in the preliminary round.

A 3-0 success over Sudanese giants, Al-Merreikh in the first leg of their first round clash understandably set the pulses racing as expectation levels reached improbable heights with the belief that United could qualify for the money-spinning group stage at the very first time of asking.

Implosion was to follow as the wheels came off spectacularly for the Nigerian debutants.

The ‘Red Devils’ put the Nigerians in their place with a comprehensive 4-0 bashing at a rocking Al-Merreikh Stadium in Omdurman to send hearts sinking in unison.

United had their tails firmly between their legs but reprieve was to come.

Second bite at the cherry

Rivers United dropped to the continent’s second-tier competition following their failure in the elite tournament knowing fully well that no Nigerian club have ever claimed success in the CAF Confederation Cup.

Their first test came in the shape of seven-time Rwanda National Football League champions, Rayon Sports in the playoff round.

The Rwandese had the luxury of playing the second leg at the Amahoro Stadium, Kigali and many tipped them to progress at the expense of the Nigerian club particularly after their impressive display in Port Harcourt in the first leg.

They were extremely unlucky not to score in Port Harcourt with United’s veteran goalkeeper, Sunday Rotimi playing an absolute blinder.

A different proposition however awaited Rayon Sports in the return fixture in Kigali as United produced their most accomplished away performance of the season to grind out a 0-0 draw, sealing progress to the group stage on a 2-0 aggregate.

The celebrations by the Nigerians at full time at the Amahoro were furious, especially as results from the domestic scene, where United was swimming in the relegation zone, were largely underwhelming.

Things will however likely get tougher as matches in the group stages get underway this weekend.

An expedition into the big time

Rivers United have never taken part in the CAF Confederation Cup prior to 2017 and qualification for the group stage is pretty much uncharted territory for the Port Harcourt club.

The Nigerians are in group A alongside FUS Rabat (Morocco), Club Africain (Tunisia) and KCCA (Uganda).

Club Africain also have a storied history in African football. They were African champions in 1991 and runners up of the CAF Confederation Cup in 2011. The Tunisians also made their mark in the now rested Cup Winners Cup where they finished as runners up on two occasions (1990 and 1999).

Many view the final side in the group KCCA as the weakest link in the section but the Ugandans have earned their stripes as one of the most formidable sides in East Africa. On Wednesday, KCCA emerged champions of Uganda for the 12th time following a 2-0 victory over Lweza FC at the Phillip Omondi Stadium.

The Kasasasiro Boys (Garbage Collectors) have been competing in African club competition since 1977 and reached the quarter finals of the continent’s premiere club competition where they came unstuck against the powerful Asante Kotoko side in 1982 that whacked them 7-1 on aggregate.

They have also reached the quarter finals of inter CAF club competition on three other occasions but never progressed past that stage.

While all three clubs in Group A are dyed-in-the-wool campaigners in African club competition, Rivers United is making only its first expedition in such treacherous waters.

The first test; the big test 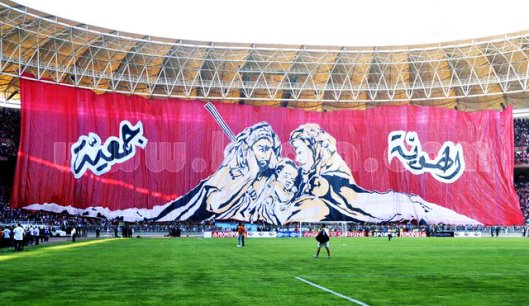 Many members of the Rivers United team have since revealed that the highly charged atmosphere in Omdurman when they faced Al-Merreikh in Sudan contributed to their 0-4 capitulation to the Red Devils in the Champions League.

The atmosphere in Tunisia on Sunday when United come up against Club Africain is likely to be similar, if not more intense.

Club Africain play their home fixtures at the 60,000 capacity Stade Olympique de Radès which will literally exemplify a cauldron of hate and noise on Sunday evening.

The Tunisians are a free-scoring side and they proved that point with distinction by putting six goals past Mauritian outfit, AS port-Louis 1000 in the playoff round.

Top marksman, Saber Khalifa who scored in the playoff round against the Mauritians, is responsible for most of the side’s goals.

The 30-year-old fox-in-the-box, is a full Tunisian international who has scored seven times in 41 appearances for his country’s senior national team, the Carthage Eagles.

Club Africain is a well-oiled machine; a truly professionally-run side with eight non-Tunisians which includes three Europeans (a German and two French) on their books.

Coached by one of the most progressive North African trainers around, Ellili Chibeb, the fluid-playing Club Africain represents one of the best sides on the continent.

Chibeb, who has previously coached clubs like Monastir, Stade Gabésien, CA Bizertin and CS Sfaxien is an advocate of attacking football but he gets irked when his side concedes!

In 23-year-old Ali Abdi, Ellili has a ‘general’, with experience that tends to belie his relatively tender years, on whom his defence is anchored.

Only Esperance and Etiole du Sahel have performed better domestically than Club Africain this term and Rivers United will need to produce their best performance this season to have any chance of winning in Tunis on Sunday.

Club captain, Festus Austine knows the task is daunting but believes it can be accomplished. “We are not going there (to Tunisia) to draw the game. We want to win,” he said to www.riversunitedfc.com.ng.

“It will be difficult but we want to top the group and to do that, we have to get a good result in Tunisia.

“We want to become the first Nigerian club to win the Caf Confederation Cup title and we know we can do it,” he concluded.

Tough words but talk is cheap. Rivers United must be ready to walk the walk if they are to make history.