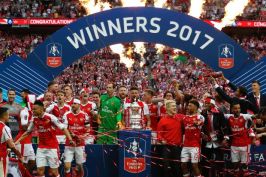 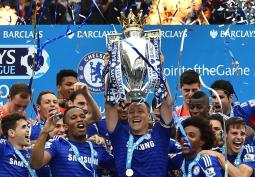 The Premier League champions Chelsea and FA Cup holders Arsenal will kick off the 2017/18 football campaign in England this weekend in the Community Shield at Wembley on Sunday afternoon.

Arsene Wenger’s men got the better of the Antonio Comte run away league champions last time out as Arsenal secured a 2-1 victory over Chelsea back in May to lift the FA Cup for the third time in four years.

The Blues eased to a comfortable 3-0 win in a pre-season friendly in China last month but the Community Shield game will be a far more competitive match for the two side than what we saw in the Far East.

Of the two London rivals, Comte’s side is the heavy favourites to win the match on Sunday. The Blues saw the Gunners drifting far behind with 18 points as they cruised to the Premier League throne. Also, Conte has conducted some excellent business in the transfer market this summer.

Real Madrid’s Spanish striker Alvaro Morata has arrived in a club record deal while Tiemoue Bakayoko and Antonio Rudiger have also strengthen what was already a very strong squad so Chelsea are going to be a force once again this season.

Arsene Wenger has also been active in the market after smashing their transfer record to sign Alexandre Lacazette from Lyon and the Gunner’s boss snapping-up left-back Sead Kolasinac on a free transfer.

In ending last season, Wenger couldn’t have been happier defeating the Premier League champions in the FA Cup final as it became their saving grace of a much disappointed season and will be aiming to claim more silverware against the Blues.

Both team are expected to go into the game sticking with the 3-2-4-1 formation which hugely paid dividends for the sides last season. 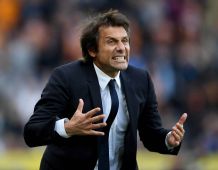 New signings Sead Kolasinac and Lacazette could make their competitive debut for the Gunners on Sunday while the match may come too soon for Alexis Sanchez who just resumed training after being handed an extended break following his participation in the Confederation Cup for Chile.

Shkodran Mustafi remains a doubt, Mesut Ozil and Aaron Ramsey are expected to be fit for the match after their injury scare while Francis Coquelin is out.

Antonio Conte will be without two forwards; Eden Hazard due to his ankle injury and Pedro who suffered multiple facial fractures in the recent 3-0 win over Arsenal. Summer arrival Tiemoue Bakayoko will not feature in the match as he continues to recover from a knee injury while Alvaro Morata is available to start. Victor Moses is also available despite his red card in the FA Cup final as this game is seen more like a friendly.

The Charity Shield marks the beginning of the new football season in England and Premier League champions, Chelsea will square up with the FA Cup champions, Arsenal in what could be termed as a grudge match with the Blues looking to avenge the 2-1 defeat in the final of the FA Cup at the closing stage of last season.

Since then both team have reinforce their squad with Arsenal bringing in Sead Kolasinac and Alexandre Lacazette while the Chelsea squad has been bolstered with Alvaro Morata, Tiemoue Bakayoko, Antonio Rudiger and Willy Caballero.

Both team met during the pre seasons in the Far east and the Blues ran out with a 3-0 victory.

However, the Gunners will be looking forward to prove a point that the FA Cup final result is not a fluke and that they can still stand toe to toe with the best.

Players like Alexis Sanchez, Shkordan Mustafi, Rob Holding are first team players but are not likely to be available for this encounter as a result of their off season tournament activities for their various countries.

But Arsenal still has a squad capable of getting the better off the Antonio Comte’s side and kick off the season in a frenzy mood by winning the Community Shield.

Looking at the present Arsenal squad, Footy Onside is thus putting forward a squad believe to be the strongest for the encounter at Wembley Stadium.

Sticking to the 3-2-4-1 formation which enabled the Gunner to finished strongly last season, the Gunners should have: